Skip to Main Content
Best Priced E-Bikes Across The US
Home News Is the NEW EBK series going to level the playing field?

Is the NEW EBK series going to level the playing field?

"The Future is Here! The new EBK Racing Series is almost here, bringing with it a level playing field and unique formats that could even end up in the Formula E in the biking Olympics and be an official sport"

The new racing for electric bikes is due to start in Dubai later this year! This has been anticipated as there has only been the E-MTB XC World Cup but the new E-Bike GP Racing "EBK" Series that is purely dedicated to electric-assisted bikes.

The team at Journey Bikes have been waiting for this event as we are going to cover the events and interview the teams behind and the riders. Lots more information to follow about the teams and we will keep you updated all the way through the series.

The Rules of the EBK

To start there will be 10 teams given the chance to compete in the main series and will also need each person to enter into both Male & Female categories to promote gender equality from the start which is a fantastic thing to do! We are looking forward to how that is going to turn out...

The EBK is trying to keep the technology on a fair playing field too as each team is required to use a certain bike that has the same motor & fixed frame.

The only information we have at the moment is that the Bike Manufacturer is from Switzerland but they have not specified any details. We are unaware of any of the specifications at the moment, but as soon as we know more we will let you know.

In an interview with the Board of the EBK they were very excited as they are bringing in several "World Class Riders & Athletes" into the sport!

They also mentioned the face formats we are going to introduce are like nothing people have seen before, it's going to be interesting to see the tactics and skill as it's not all about the rider's power and what they have on their bike!

Overall they are confident this is going to take the electric bike sports to the next level and even has the potential to be an Olympic sport in the future!

The format of the EBK event

They are running the event over 2 days and the race will include a team time trial (TTT) on the first day. The results from the race will dictate the starting groups of the main race on day 2.

The main race itself is a little different as it is a two-day event with the last day split into two sections. The first section will comprise 5 stages and then the second section has 3 unique stages that have been set up to test both rider's endurance and technical ability.

At the end of each day, the winner is determined by their total accumulated time.

How long is the Grand Prix EBK Main event?

Each track is there to test the tactics of the rider as they have dedicated "PowerZones" there to push the limits of the rider and the bike! The inclines and declines along with the riders not being able to charge or change any batteries will make this the Formula E of the electric bike racing world!

Where is the First EBK Event?

The first event will be in Dubai as mentioned, it is rumored to be announced in the first QTR of 2023!

We have a sneak peek of the potential track! 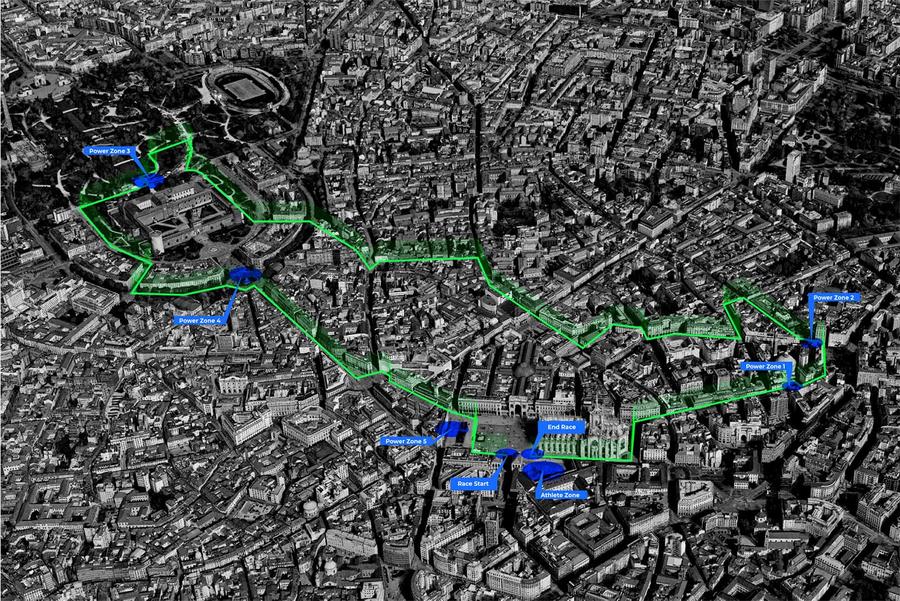 We will keep you posted!